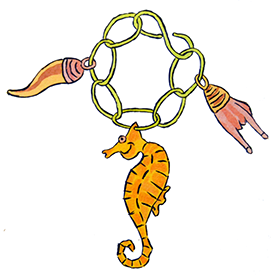 IDEM’s story is a story of freedom, a 150-year-long journey of truth and beauty, culminating, at the end of the 1990s, in the project of Marietta and Ciccio Tramontano, Aldo’s daughter and son.

IDEM is a creative and stylish laboratory, an experience of exploration and discovery characterized by heterogeneity, where the manifold experience of the founders as well as the cultural and artisanal wealth of Naples find space and expression.

” First of all, I feel Neapolitan. But, perhaps, I can be creative precisely because I am Neapolitan. Naples has given me love. ” (Aldo Tramontano)

Already in its name, IDEM is inscribed in the furrow of the family’s craft tradition of the “Maison Tramontano”, characterized by the search for authenticity, freedom from constraints, and the desire to propose an innovative difference at every generational step.

Idem, the same as always: an extraordinarily contemporary project, innovative and versatile, which reclaims the memory of the personal, family and collective identities in a non-nostalgic key at all. Rather, it reclaims the retrieval and the actualization of those values that are the most useful for our unresolved present.

It all began in the mid-nineteenth century, in the belly of Naples, cradle and port of the Mediterranean, a crossroads of cultures teeming with life. During one of the rare afternoons of personal leave from his military training, strolling through the alleys of the center of the city, Gaspare Tramontano, a young official student of the Royal Military Academy Nunziatella of Naples, was enchanted forever by the outspoken gaze of the young Amalia Procida.

An irreplaceable gaze, that in a few weeks from then, would lead Gaspare to decide to abandon his military career to marry Amalia and support her in the management of the trimmings shop in Via Guantai Nuovi in Medina (historical center of Naples): a shrine of precious fabrics, luxury laces, buttons and cords, to be used “for beauty purposes” in clothing or furnishing of the wealthiest peoples of the time.

Amongst the most illustrious customers, the oyalty of the House of Savoy and Bourbon, the Piscitellis, the Filiasis, the Actons, the Carafas: a cultured world, aware of its history and its uniqueness, aristocratic and indifferent to bourgeois conventions, always in search of amazement.

This anti-conformism ended up catching the attention of the little Francesco Tramontano, son of Gaspare and Amalia. He eventually took over the reins of the family business in 1910, always nurtured by an uncommon devotion to the truthfulness and beauty of manual skill.

The inclination to the research of beauty would lead in a few years the third-born son of Francesco, Aldo, to consistently and profitably attend the workshops of the lathe-makers, the caves of the Spirito Santo and Sanità, the carpentry workshops. Aldo would study meticulously every step, from the skinning of the leather to the last stitching, and cultivate a very personal interest in the art of tanning and leather goods that were the pride of the Neapolitan craftsmanship (there are many references in the toponymy of the city, such as Via Concerie al Mercato, Porta della Conceria).

The brothers, Gaspare and Guido Tramontano, inherited the famous shop of trimmings and silk cutlery, which was moved from Via Guantai Nuovi to the central Via Chiaia. While, in the scenario of a Naples occupied by the Allies after the extraordinary popular uprising at the end of September (the famous “4 Giornate”), Aldo became the new cornerstone of the company, transferred in 1945, to Palazzo Cellammare, a superb sixteenth-century residence: theatre of historical events and home of illustrious artists, from Caravaggio to Tasso and Goethe.

In just a few years, Aldo’s volcanic flair broadened the horizons of a centuries-old experience from the field of craftsmanship to that of art. He followed his own pictorial vocation and adopted a visionary approach stimulated by fruitful friendships, such as that with Lucio Amelio, an intellectual and gallery owner who contributed to making Naples one of the international epicenters of art production and critical reflection.

Since a tender age, Aldo’s son, Ciccio, has nurtured an authentic passion for this work. Aldo seldom used to say: “he loves this job as much as I do, but he beats me in creativity”, emphasizing a prodigious talent which has grown, as per family tradition, in complete freedom.

A cherished memory of Ciccio, fondly remembering those years: “My father’s workshop, Aldo Tramontano, had an explosive charm for me.  For me, as a child, it was a toy of strange nature, a fascinating place where work was invented.”

A creative nature never subjugated to the market, but capable of brilliant entrepreneurial intuition, which will be the baggage of Marietta, ready to leave her linguistics studies to take over the management of “Maison Tramontano”, alongside her father in the seventies. She developed a special gentle attitude that will forever distance her from any compromise:

” Business is irreconcilable with craftsmanship. Those who have creative possibilities don’t have time to think about forms of speculation. “  (Aldo Tramontano)

This site uses cookies to improve your browsing experience. By browsing this site, you accept our use of cookies.
More info Accept